Fiber optic technology uses light to pass data at high rates of speed.  Fiber optic backbone paths can be found along most railroad tracks and has been installed there for many years.  Fiber optic is known as the technology super media and what is needed to trend smoothly into the future.  Because we have so many interactions online over the Internet, fiber has the best delivery possibilities.

Our story starts in Chicago on August 11, 2011, at a Data Center near Cermak Avenue; known as the “Carrier Hotel”.  Carrier Hotel is where you will find all of the main carriers that deliver data and phone services across the United States.  At the time we had our corporate Servers in a rented set of rack space.

During our visits to Chicago for Server maintenance, we developed relationships with the Data Center technicians, some of those on the carrier side in design and planning.  We found a technician that was a guru in fiber optics, over lunch we talked about the fiber optics networks in the state of Illinois.  Conversations lead to who was expanding, where the fiber was, and where it was going.  For many years we had looked to have fiber optic services delivered to our main plant in Kankakee; there were no real options available, one of the reasons the Servers were in Chicago.

After a few more lunches the idea of bringing a fiber network into downtown Kankakee was born on September 28, 2011; the idea was quite simple, but many unknowns at the time.  This was exciting, bringing in fiber would help our bandwidth needs, having fiber to sell along with other traditional ISP services was also interesting.  For many years we were a dial-up ISP, we have many wireless links and Wi-Fi Access Points throughout the City but always needed more bandwidth.  Bringing in fiber would be a huge project that would take lots of planning; it would also be a revenue source and add value to the property.

We had the question arise “What would the City think?” running fiber and engineering is no small task. Would there be any interest in such services?   An initial meeting was set up on October 20, 2011, with Mayor Epstein and other City personnel; they all liked the idea of fiber and agreed it would be a great addition to the City.  Moving forward we (Tom Small, President) created the name Fabulous Fiber.  On November 4, 2011, we received a letter of support from the mayor supporting the fiber project.

So we set a plan in place for our first site visit with our fiber company to see the streets and locations of Kankakee where fiber would be available.  This was a walk-through of downtown Kankakee to determine the route of the fiber loop.  A fiber loop (Metro Ring) sets the network up with automatic redundancy and expansion.  After a day of walking around we now had the basic fiber routes down on paper and ready for engineering.  Next were several months of dealing with legal teams, vendors, and Project Management teams.  The teams involved were from the City of Kankakee, Daily Journal Network Operations Center, and Great Plains Communications.

The initial fiber push was set into motion on N East Avenue and E Oak Street on April 17, 2012. 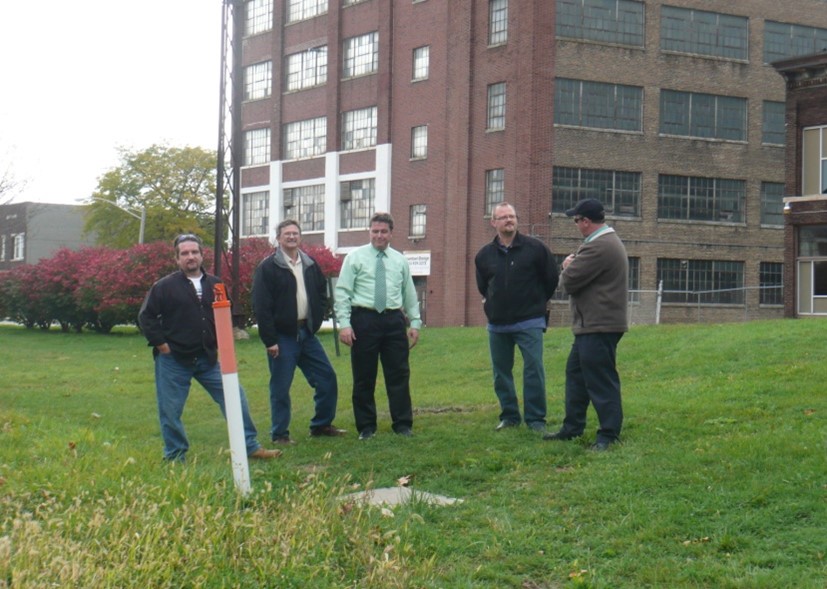 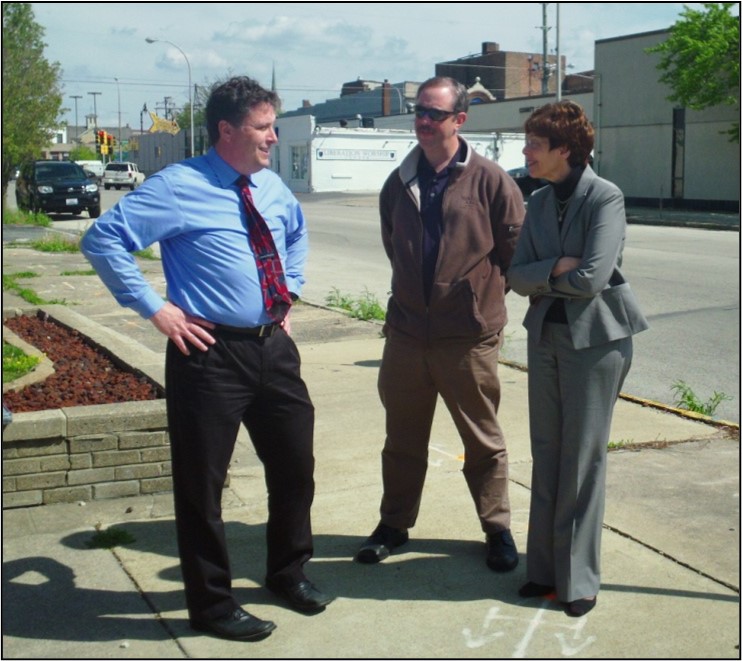 Our fiber-optic network currently has 6.08 miles in the ground with expansion/splice points at these splice locations Court Street/Kennedy Drive, S Schuyler Avenue/East River Street, North Schuyler Avenue/East Oak Street, East Court Street/South Greenwood Avenue. Our backbone fiber path north and south rides the easement of the IC railroad tracks; we can pull fiber from any of the splice points in Kankakee County; expansion of fiber can be set up at any splice point.

Expansion – can be in any direction.  Eventually, we will want to look at fiber to homes known as FTTH (FTTH (Fiber-To-The-Home): Fiber would reach the boundary of the living space utilizing a box on the outside wall of a home with micro-fiber in a small tube about the size of a push pin head.).

Our first active client was live on the fiber network on December 1, 2012, 16-months after the initial meeting in Chicago on August 11, 2011.

Fiber speeds are amazing, from 10MB to terabits; single hop to Chicago.  Packets from the City of Kankakee arrive in Chicago at the speed of light, as fast as you can turn on a light switch.  Clients on our network are monitored 24 x 7 x 365; our uptime is 99.9% with 100% customer satisfaction.

About UsOur StoryProject OverviewConstruction Updates
Sign Up NowFollow Us
Terms of ServicePrivacy Policy
Manage Cookie Consent
To provide the best experiences, we use technologies like cookies to store and/or access device information. Consenting to these technologies will allow us to process data such as browsing behavior or unique IDs on this site. Not consenting or withdrawing consent, may adversely affect certain features and functions.
Manage options Manage services Manage vendors Read more about these purposes
View preferences
{title} {title} {title}